Going in for the kill: Playbox Electric Carousel’s
The Bloody Chamber 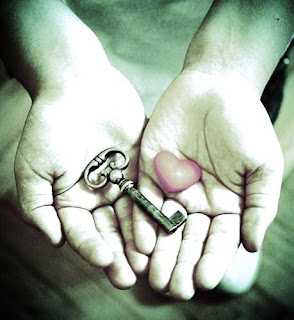 Cox’s Yard in Stratford-upon-Avon was the venue for last month’s stage adaptation of Angela Carter’s The Bloody Chamber, devised and performed by members of youth theatre company Playbox.

As the audience arrive

d, the stairs to the riverside performance space were strewn with pages torn from women’s magazines, blurring the transition from everyday life to a darker fairytale world. On stage, girls in heavy 1980’s make-up, with back-combed hair and red sashes, hands clutched to hearts, stood frozen by the sound of a high pitched alarm.

In the opening dance, a suited man – the malevolent husband of the protagonist – moved among the girls, posing them, dancing with them, tearing out their hearts in his search for the perfect woman. The show, which centres on Carter’s version of the Bluebeard myth, follows a newlywed’s discovery that her husband has murdered his previous wives in the chamber of the title.

As director Alice Trew explains, her take on Carter strips the 1979 story collection ‘down to the bare bones, giving the essence of a harsh and violent tale’. Trew’s magpie approach steals scenes from across Carter’s writing, but violence, control and desire are always at the fore of this potent staging. With virtually no dialogue in the show, Carter’s sensuous language is invoked by melodramatic choreography – most effectively in the sequence where the husband uses mirrors to multiply his wife into a ‘harem’.

One effect of the wordless, iconic approach is to remove the context of the Bluebeard story, which Carter set in post-revolutionary France. Place names are erased, and a red ribbon tied around the bride’s neck still stands for decapitation, but no longer relates to the ironic neckwear which aristocrats wore if they had escaped the Terror.

For Trew, this stripping out of detail universalizes the issue of women’s suffering under patriarchy, across nations and throughout history. In the story’s resolution, which is greatly changed, women’s capacity to jointly resist oppression is emphasised. Where Carter has the bride’s mother ride to the rescue toting a handgun, the husband here dies at the hands of the girls whose hearts he stole in the opening dance, with the mother delivering the coup de grace.

The original’s happily-ever-after conclusion is replaced by an extended sequence derived from Carter’s vampiric Lady of the House of Love. The widowed bride blinds herself with the key to her husband’s chamber and attacks the women’s magazines that litter the stage with their incessant bombardment of words and images. She feasts on stolen hearts…before turning on her new lover to quote her husband’s ominous words: ‘This is the key that leads to the kingdom of the unimaginable.’

All of this cou

ld seem like a blunt, though necessary and laudable, retread of 70’s and 80’s feminist polemic – The Beauty Myth For Beginners by a youth theatre company. In fact, the Playbox production offers something more complex. The opening sequence, set to the pastiche electro of La Roux, creates a kind of historical commentary on the 80’s – a decade of blood and opulence – from a company of players not born in the decade. As the music leads us through to the present day, the protagonist’s journey becomes also a journey from the feminism of the 70’s to women’s contemporary struggles, as charted by these young performers.

The show as a whole, with its fairytale atmosphere and uncompromising gender politics, is an invocation of fables in a 21st century that, from Twilight to Doctor Who and The Fairy Tale Cupboard itself, has returned to the fairy tale to make sense of the world around us. In this world, Trew suggests, ‘Women have forsaken trying to be angels and instead focus on simply not becoming monsters’. 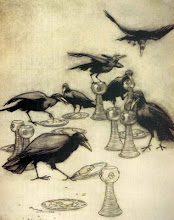 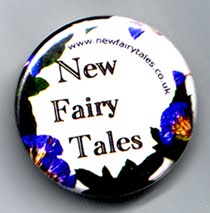 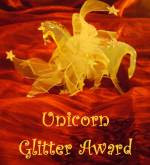